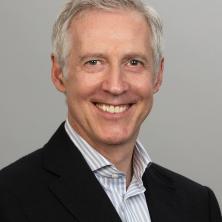 After graduating from veterinary school in Toulouse (France) in 1984, Dr. Olivry became one of the managing partners of the Frégis specialty clinic in Paris. In 1991, he moved to the USA for a residency in dermatology and a PhD in comparative pathology at the University of California Davis. He is board-certified by both European and American Colleges of Veterinary Dermatology. After 25 years as a clinician-scientist in dermato-immunology at the North Carolina State University College of Veterinary Medicine (1994-2019), Dr. Olivry now share his time between being a part-time Research Professor at this institution and consulting for animal health and human pharmaceutical and biotech companies.

From 2001 to 2004, he was the Chair of the International Task Force on Canine Atopic Dermatitis, and from 2008 to 2009, President of the European College of Veterinary Dermatology.

Dr. Olivry has received several awards, including the “ACVD Award for Excellence for Outstanding Contributions to Science and Education” in 2004, the “NCSU Clinician of the Year award” in 2005, the “Pfizer Award for Research Excellence at NCSU” in 2010, the “World Small Animal Veterinary Association Hill's Excellence in Veterinary Healthcare Award” in 2013, and the “ECVD Lifetime Career Award” in 2020. In 2017, he also received one of the ECVD’s “25th Anniversary Awards” in recognition of his service to this College. He has been made an honorary member of both Latin American and European Societies of Veterinary Dermatology. The Dermatology Unit of the Aristotle University of Thessaloniki in Greece was named after him in 2003.

Dr. Olivry has authored more than 260 peer-reviewed articles, and he has been invited all over the world to lecture to veterinary and medical audiences. For more than two decades, he has been researching the mechanism and treatment of atopic dermatitis and itch in dogs and has characterized multiple new autoimmune skin diseases in small and large animal species. More recently, he has expanded his interest onto food allergies including food allergen characterization and cross-reactivity.