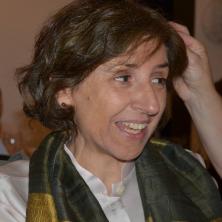 Alessandra Fondati graduated in Veterinary Medicine at the University of Pisa in 1981. She worked in the field of small animal dermatology, as practitioner, from 1984 to 1997, in Florence and in Rome. In 1998 she obtained the ECVD diploma and from 1998 to 2003 she worked as associated professor at the Universitat Autònoma de Barcelona where, in 2003, she obtained a PhD degree with a study on the pathogenesis of feline eosinophilic granuloma complex. At current writing she works as second-opinion veterinary dermatologist in Rome and in Versilia (Tuscany).

Get the standard residency programme, supervised training, post-graduate education and experience in the science and practice of veterinary dermatology, encompassing clinical dermatology, dermatohistopathology, and the relevant basic and applied sciences.