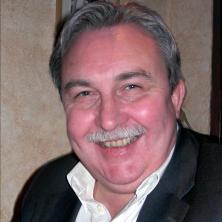 Dr Didier Noël CARLOTTI graduated from Toulouse University in 1977, and was a private practitioner in Bordeaux, Aquitaine, France since 1979. He decided to dedicate himself exclusively to veterinary dermatology in 1989 in a general practice and opened a clinic devoted exclusively to veterinary dermatology in January 1998. He published 109 papers as first author (and 50 as co-author), 26 book chapters, and one book; he also edited one book. He has lectured all over the world with a total of more than 380 presentations in the field of Veterinary Dermatology.

He was an official member of the French CNSV (Conseil National de la Spécialisation Vétérinaire) since December 2002.