The European College of veterinary Dermatology by Professor KL Thoday 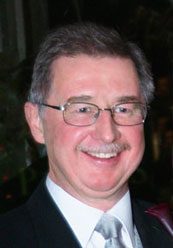 There had been a growing interest in veterinary dermatology in Europe for many years and this fostered the creation of specialty dermatological organisations.  The inaugural meeting of the first European dermatology interest group, the Veterinary Dermatology Study Group, took place on 20  February 1976 in London, UK.  The French Veterinary Study Group (GEDAC) was founded on 23  April 1981 in Paris, France. The first meeting of the German dermatology organisation, the Freundeskreis Hautkrankheiten Interessierter Tierärtzte (subsequently Arbeitskreis Dermatologie) was held on October 12 th  1982 in Birkenfeld, Germany.  On September 18th  1984 the European Society of Veterinary Dermatology (ESVD) was formed to provide an organisation for veterinarians in Europe who have a specific interest in veterinary dermatology to promote research in veterinary and comparative dermatology and to improve diagnosis, treatment and prevention of dermatological disorders.  It was recognised from the view of the profession, as well as the animal owner, there was a need for special expertise in the diagnosis and treatment of dermatological diseases of animals and that such expertise should be subject to stringent quality control by defining requirements for training and experience. The ESVD Executive Board subsequently decided to initiate the process of specialisation in veterinary dermatology.

It was decided that a specialisation sub-committee of the ESVD be established to develop the concept of a European College of Veterinary Dermatology (ECVD, the College).  Members were Dr David Lloyd (Chairman, UK), Dr Didiër-Noel (FR), Professor Richard Halliwell (UK), Dr Claudia von Tscharner (CH), Dr Margreet Vroom (NL) and Dr Ton (NL).  Subsequently, in 1992, it was recommended that the ECVD be formed with a maximum of six Founding Diplomates as it's Interim Board and organisers of the College.

To reduce the potentially controversial element involved in selecting the Founding Diplomates it was decided that they be invited by the European Community Board of Veterinary Specialisation on nomination by the Honorary Members of ESVD (all senior dermatologists in the USA). There were: Dr George Muller, Dr Robert Kirk, Dr Peter Ihrke and Dr Danny Scott. These nomination would be based upon stringent criteria which state that Founding Diplomates must be initiators of veterinary dermatology in Europe; have contributed substantially to the development of the subject by research, and lectures; be Full or Founding members of the ESVD practising in Europe; have at least 10 years of experience in veterinary dermatology, must spend at least 60 per cent of their time in veterinary dermatology and, most importantly, their appointment must be uncontroversial for the majority of ESVD members.

The Honorary Members of the ESVD made a detailed study of who they wished to consider as Founding Diplomates and called for their resumés. They subsequently chose six people (Table 1).

The first meeting of the College took place on 19 th  December 1992 in London, making it one of the older Colleges.  The Founding Diplomates remember it well: the UK was in the middle of the Irish troubles, there was a bomb at Piccadilly and some of us arrived several hours late!  A constitution and by-laws for the College were subsequently drawn up and approved.  Since its foundation, the College has had tenPresidents (Table 2).

After to this meeting, a call for application for de facto specialist status was issued.  Specialists appointed de facto would have to apply before 5 October 1995 and would have to satisfy tough criteria.  The credentials of the applicants were examined by the Board; nineteen people were approved and thus, by the closure of the de facto process, there were twenty-five College Diplomates. The ECVD gained full recognition from the EBVS in 2006.

The College currently has two routes to the Board examinations: via a standard residency programme of a minimum of 3 years’ length and an alternative route of variable length, as stipulated in the EBVS Policies and Procedures, for people who, for whatever reason, are unable to train on a full-time basis.  There are currently approved residency programmes in more than ten countries.  Two-thirds are in academia and one-third is in specialist private practice. Initially, there was a third, internationally recognised route where accepted candidates could be allowed to sit the examination without having undertaken a residency.  This was designed as a temporary measure for established colleagues who were unable to apply for the de facto process and who would otherwise have been lost to the College.  Only three applications were accepted by this route and all three persons subsequently passed the examination.  This route closed in 2006.

The first Diploma examination took place in 1996 and, since then, has continued annually resulting in a healthy growth of Diplomates.  After the 2015 examination membership of the College had grown to 111 active Diplomates currently working in more than twenty countries. In 2011, a complete and detailed review of the College’s expectations of examination candidates, running to 15,000 words, was completed by a committee of ECVD Diplomates. This is available online to help guide Residents in their studies.

The College is the joint organiser, with the ESVD, of a very well-attended Annual Congress (European Veterinary Dermatology Congress Co-organized by ESVD-ECVD ) in Europe in three out of every four years (in the fourth year the World Congress for Veterinary Dermatology [WCVD] takes place).  The ECVD is also a joint organiser of the WCVD Congress.  Working on the principle that if you are going to have a Congress you may as well have it in a really nice place, the venues of the past meetings read like a list of some of the very best places in the world to visit! 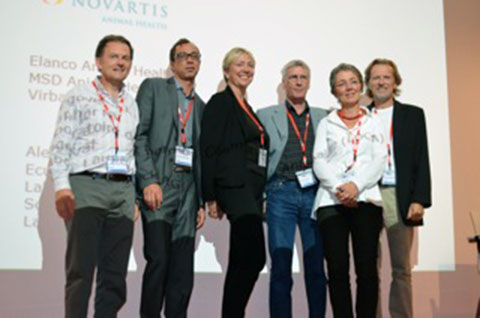 The College has a website (www.ecvd.org) which in 2012 was completely redeveloped.  It has a general access area (the College has always believed its policies and procedures must be open to all who wish to see them).  Other features in this section include ‘find a dermatologist’ for both members of the profession who wish to refer a clinical case or members of the general public who are looking for specialist care for their animals, which can be navigated via an interactive map.  There are also two restricted access areas, one for Diplomates only and one for Board Members only.  The website’s content is regularly updated.  The webpage allows to send mass mailings to all dipolmates and residents and also to different subgroups as mentors, which allow essentially immediate transmission of general information to everyone registered in one or other of these groups. In 2011 an internet blog was set up to give alerts on relevant new papers in veterinary dermatology in journals which might not be routinely scanned by its members and, in particular, its residents. It is regularly updated and is also able to be accessed by the public.

Prior to being accepted as a Resident of the ECVD, applicants must have completed a minimum one year, recognised, general clinical training programme in an academic institution (ideally a general internship) or a satisfactory practice equivalent.  A subsequent specialised dermatology internship is also advantageous but the College recognises that such positions are few and this is not a requirement. Places with standard active ECVD-registered residency programmes are listed on the College’s website as are most of the current residency vacancies.  Most of the College’s Diplomate mentors find it very helpful if people who are seriously considering applying for a standard residency programme contact them with a view to carrying out a short externship at their institution.  This is also invaluable to prospective applicants who can thus get a flavour of the programme at that institution, their potential mentor(s) and the place where, with luck, they could be spending three years of their lives!

The ECVD is very concerned about the lack of official recognition of this and, other Colleges, in some countries in Europe. Recognition of the DipECVD and the EBVS ‘specialist’ dermatology title differs from country to country ranging from full (e.g. Austria, Belgium, Czech Republic, Denmark, France, The Netherlands, Slovakia, Sweden and the UK,) and informal (e.g. Portugal) to non-recognition (e.g. Germany, Italy and Spain).  It strongly supports and appreciates the efforts of the EBVS in its attempts to make inroads into this situation.  One particular achievement of the College is that, although there is as yet no reciprocity, ECVD members are considered specialists by the American College of Veterinary Dermatology (ACVD) and can be solo mentors for residency programmes of the ACVD.  There have also been major developments in the UK where its Royal College of Veterinary Surgeons recognises the specialist quality of European diplomas and has begun to close its own routes to postgraduate diplomas and specialisation if there is a corresponding qualification offered by an EBVS-recognised College. There is a similar situation in France where the 'Conseil National de la Spécialisation Vétérinaire' is now recognizing a high number of European Colleges, granting the official title of veterinary specialist to European Diplomates of fully recognised Colleges. This is in complete contrast to some countries in mainland Europe (notably Germany, Italy and Spain) where no such move has yet occurred.