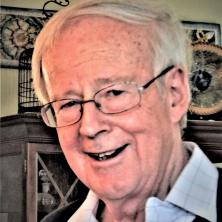 He was founding co-Editor-in-chief of Veterinary Immunology and Immunopathology and has served as President of both the American and European Colleges of Veterinary Dermatology (1984-1986 and 1994-1996 respectively) and as Chair of the American Board of Veterinary Specialisation of the American Veterinary Medical Association. He was President of the World Association for Veterinary Dermatology (WAVD) from 2000-2008. He received the Award for Contributions to Small Animal Medicine (1986), and the International Award for Scientific Achievement (2012) – both from the WSAVA, as well as the Bourgelat Award from the BSAVA in 1988. In 2004 he received the Lifetime Career Achievement Award from the ECVD and the Hugo Schindelka Award for Excellence in Publication and Scholarship from the WAVD in 2012. His research has focussed on dermatology and clinical immunology, and he continues to be active in publishing.